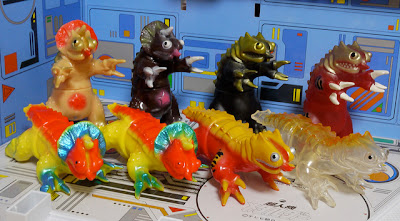 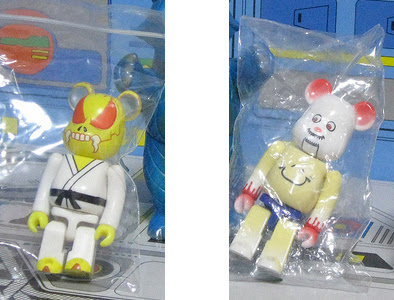 Black in Black is Back 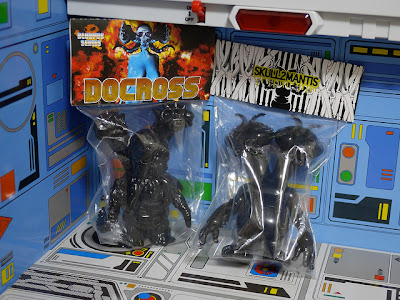 Sales over - thanks folks.
Posted by datadub at 10:44 AM No comments: 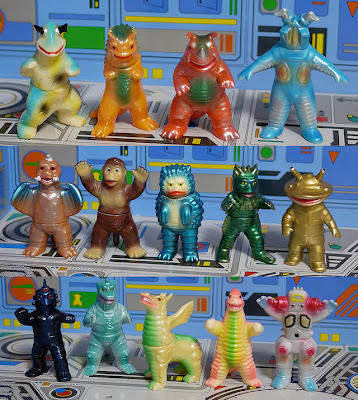 Sales over - thanks folks.

Posted by datadub at 6:31 AM No comments: 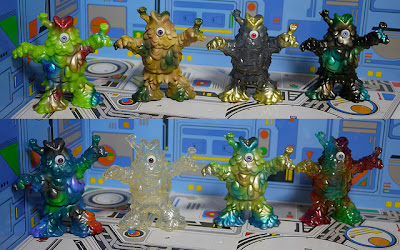 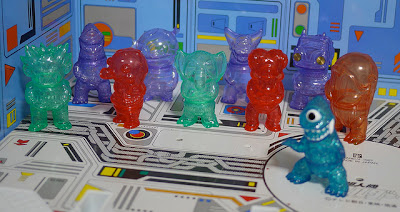 sale over - thanks folks.
Posted by datadub at 3:14 AM No comments: 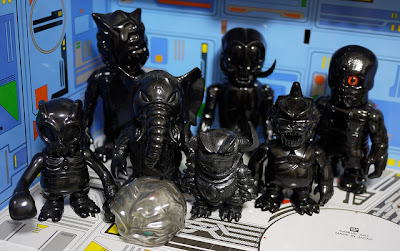 Sale over thanks folks
Posted by datadub at 3:08 AM No comments: 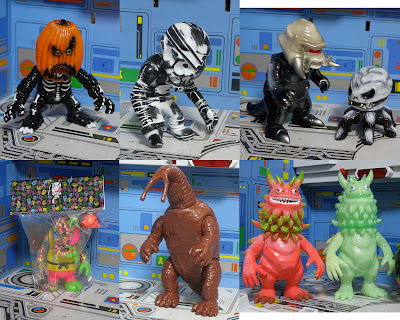 Sale over - thanks folks.
Posted by datadub at 3:05 AM No comments:

Fig-lab was honored to be involved once again with the Art Hustle project. For series 2, we coordinated the participation of 9 Japanese artists.
Also its great to see a nice showing of western KAIJU artists like Paul Kaiju, Brian Flynn and Lash.

WHAT IS THE ART HUSTLE?

The Art Hustle is a boutique series of artist and art-based trading cards that is curated, designed and produced by The Cardhacks, and manufactured in the USA by SideKick Media.

The set is very much a collaborative effort with the participating Artists. It exhibits an international group working in a variety of disciplines including street art, toy art, kaiju, illustration, painting, sculpture, aerosol art, tattoo art, digital art, film, photography and more.
Included in the classic wax packs are Artist Profile Cards and Art Cards; all with interesting facts on the backs that you don't want to miss. Artist-customized cards have been randomly inserted into packs, so you have the chance to pull an actual original piece of artwork.

The Art Hustle is a new Art experience and a hell of a lot of fun.

Posted by datadub at 5:50 AM No comments:

"What is Kaiju?" at PechaKucha Tokyo "What is Kaiju?" at PechaKucha Tokyo, originally uploaded by datadub.

Gave a PechaKucha presentation - 20 slides at 20 seconds per slide - last week. Should be online soon...

Cyberius.droid13 was originally created by Pr. Arkaroy at Kinetic Organic Laboratory (KO-lab). In an unfortunate lab accident, he went off his original programming becoming a rogue agent calling itself Cy'13 and engaging in dastardly acts of  malice and mayhem. One of his hobbies is ripping huge holes in the fabric of the spacetime continuum just to see what happens. In one of these experiments, a shard of his being injected itself into the Mutant Zone colliding with a Mutant Vegetable known as Chaos. This resulted in the manifestation known as Cy'Os.
This version of Cy'Os - which I consider the "definitive colorway" - was released at Superfestival 55. There are a few pieces remaining so any interested parties should drop me a line at datadub(at)gmail.com.
They are $77 shipped worldwide.
Posted by datadub at 11:12 PM No comments: